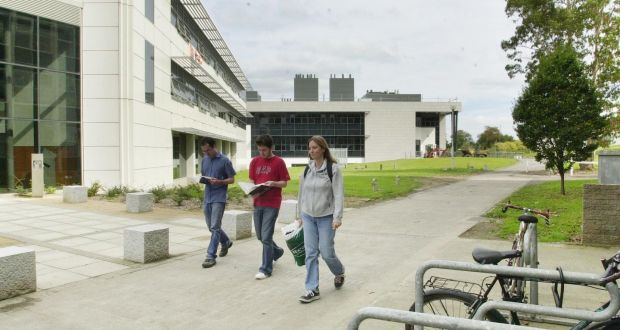 One in six third-level students – or 6,200 a year – are dropping out of their college courses during their first year, according to the latest official figures.

Drop-out rates are highest in construction, computer science and engineering courses, especially those offered at institutes of technology.

The figures are contained in a report to be published today by the Higher Education Authority based on students progressing from first to second year between the 2013/14 and 2014/15 academic years.

It says overall non-progression rates of 15 per cent compare favourably to international rates.

It also notes that the proportion of students failing to progress has dropped slightly – down 1 per cent over the past five years – despite rising student numbers and budget cuts.

Non-progression rates are highest at level six (advanced certificate) and level seven (ordinary degree) courses, where the proportion of students dropping out is between 25 and 26 per cent. These courses are typically delivered at institutes of technology rather than universities.

These rates fall to 16 per cent among students completing level eight (honours degree) courses at institutes of technology and 11 per cent at university.

When broken down by institution, IT Blanchardstown had the highest non-progression rate (29 per cent).

In fact, almost half (47 per cent) of students undertaking level-six courses dropped out, while more than a third taking level seven course (35 per cent) did not progress on to second year.

Other high non-progression rates were recorded at Limerick IT (27 per cent) and IT Sligo, Letterkenny IT and Galway-Mayo IT (25 per cent).

Among universities, Dublin City University has the highest rate (13 per cent), followed by NUI Galway and University of Limerick (12 per cent). Trinity College Dublin and Maynooth had the lowest rates (9 per cent).

The findings show a strong link between a student’s CAO points and their chances of progressing at third level, with low achievers much more likely to drop out.

The study also found that, among socio-economic groups, the lowest rate of non-progression was among those from farming family backgrounds (9 per cent), followed by higher professionals (10 per cent).

These are the two groups with the highest level of access to higher education in Ireland.

The highest level of non-progression is among the “manual skilled” and “all others gainfully employed” at 16 per cent.

Medicine had the lowest non-progression rate of new entrants at 3 per cent, along with education courses – typically teacher-training – at 4 per cent.

The report notes there have been improvements in computer science, with dropout rates falling from 20 per cent to 16 per cent.

He said additional funding allocated to retention initiatives – such as maths enabling courses, peer mentoring and additional tutorials for computer science – were contributing to the improvements”.

“While the figures are stable over time and comparable with competitor countries, lower progression rates in key skill shortage disciplines such as construction, computer science and engineering, where mathematics content is high, remains a source of concern,” he said.

Policy-makers say reforms to the points system – which aims to reward students for taking higher level papers and reduce the risk of random selection for college entry – are aimed at supporting a better transition from second level to higher education.

In addition, higher education institutions say moves towards broader entry – preventing students from having to decide, at an early stage, what specialism might suit them later in life – will help to ease pressure on students and reduce the drop-out rate.

Francis O' Toole is a Educational Psychotherapist & Guidance Counsellor. I set up this blog page to help students gain as much information as possible to be able to make right choices and decisions regarding their career options. I believe that we will be very successful in our careers if we follow what we enjoy. View all posts by Francis O' Toole